I was watching ‘FPJ’s Ang Probinsyano’ last night out of sheer boredom and it’s a pretty good show, especially as the latest episodes tackle about cybercrime. Makes you really wanna think twice, thrice or more about what you’re posting…

But then, when it finished, I srsly had no doubt in turning off the TV. Actually, it was always like this. I’m just fed up with the stories that are too much drama or of fantasy. I want realistic stuff that I can relate to, you know? I have no qualms about the performance of Pinoy actors; rather the quality of their programs.

Well, my spirit’s back up for the local TV scene because JaDine is coming back! This fangirl is too happy! Shalala~ It’s so nice to be happy~ Shalala~

Haha for the most part, I admire this couple for the reason that they choose good shows and characters. Remember OTWOL (On The Wings Of Love)? It was so refreshing that even non-fans became followers. I would remember my Papa ranting on me that he likes JaDine for being “different” – good different, of course. The kind that is so unique, independent, strong. Not pabebe. Hahaha #sorrynotsorry

Now, they’re going for a show that has, what have you, LGBT elements. It’s an issue that is not really taboo but it’s still avoided and all that. For me, I’m excited because I also wanna open myself to the said community and know their side. I have gay friends and they’re so fun but I don’t get to meet them a lot. Huhuhu. Okay babbling

So, why I’m here is because their teasers are already released! As in, HD! Here you go:

They have this concept of “Maybe, Almost, Always” and I love it! Duhhh! Too many exclamation points today! Hahaha. It just exudes kilig with a twist – the hopeless romantic me is beyond thrilled

And JaDine’s “Always” is used, like why you do this to my shipper heart

I love GIFs so here they are to introduce Till I Met You’s main leads:

JAMES IS HOT AS ALWAYSSS. He plays Sebastian or nicknamed Basti and it seems he’ll fall for Nadine’s character, Iris. I think they have this love-hate, bickering relationship as well. It’s always fresh when you see a good-looking guy be HOPIA. Hahaha but can I just comment about how gorgeous Nadz is?! She’s become much more beautiful – I like her yellow, off-shoulder dress too~ Nice choice, stylist!

A new face will be their ka-love triangle. This one’s JC Santos and he’s Alejandro or Ali. He’s definitely a cutie too, but if you’ve seen these trailers, he’s gonna be one helluva interesting character. I don’t know how he’s also gonna fare yet, acting-wise, but he’s in theater daw so, again, I’m excited! 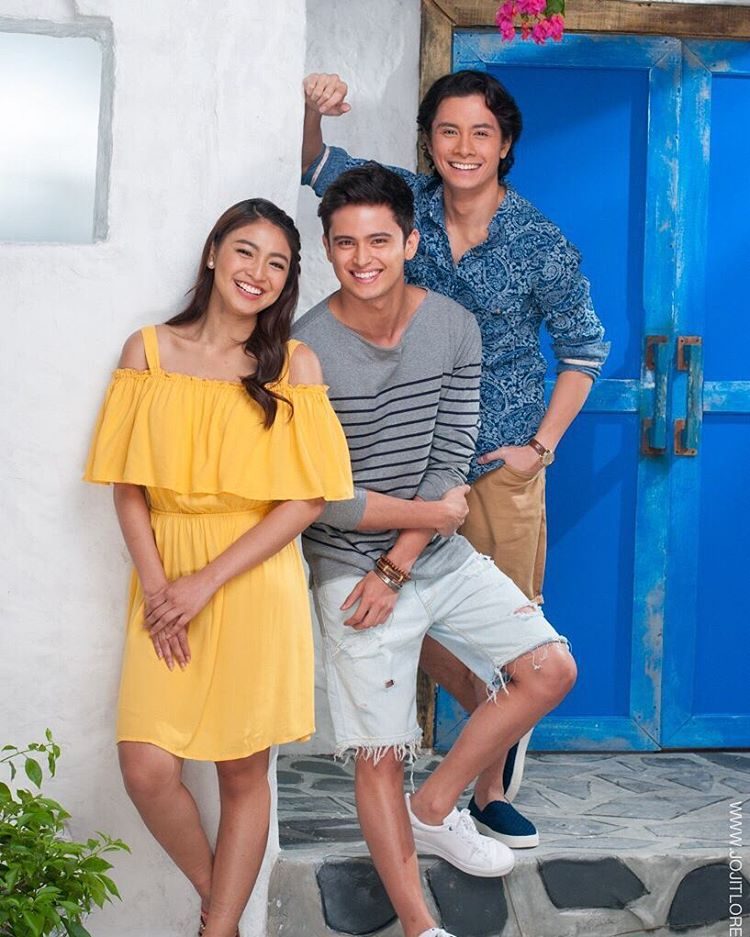 Note the freakin’ positioning with Nadine not in the center? *WINK*

I like the “Almost” teaser the most because you get to see the BIG hint of how the story of these friends go. I assume they are friends, though I think Iris (Nadine) and Ali (JC) knew each other first. The punching is one indicator. Hahaha OMG I totally do that to my close guy friends~ 🙊

What else can I say? All I know is I’m totally looking forward to it! It’s said to be by the end of August and they’re actually filming in Greece right now. Sosyal, mga bes. It’s a trend lately: Philippine shows set in other countries. Makes me wanna travel abroad ASAP! ㅠㅠ 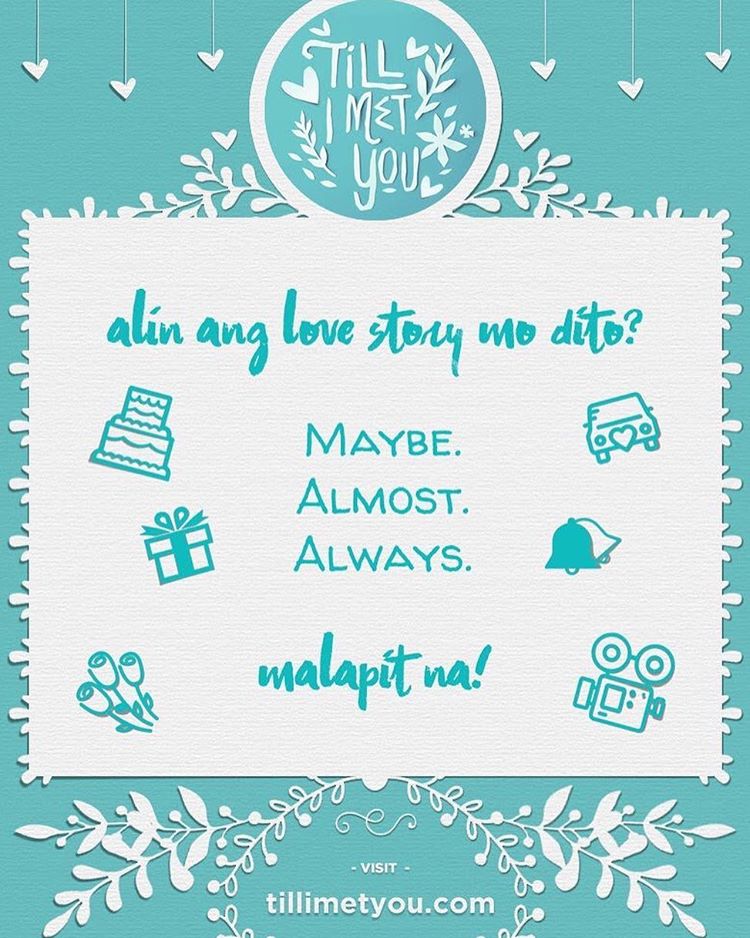 Till I Met You, puh-lease come quick and make my TV nights happier! 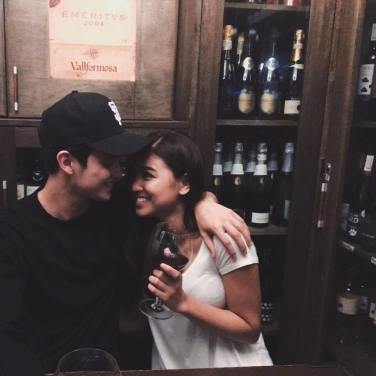 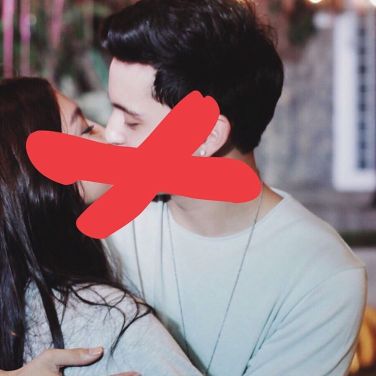 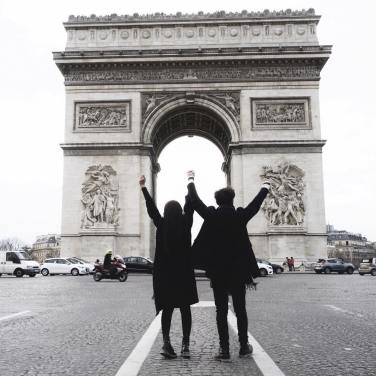 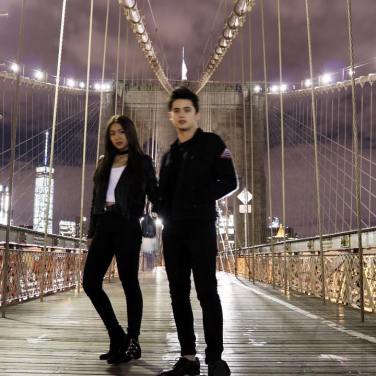 And oh, I end this with: HAPPY 6TH MONTHSARY, #TEAMREAL! See you this August 27 by the way for the Higalaay Festival here in CDO~ Do show up! 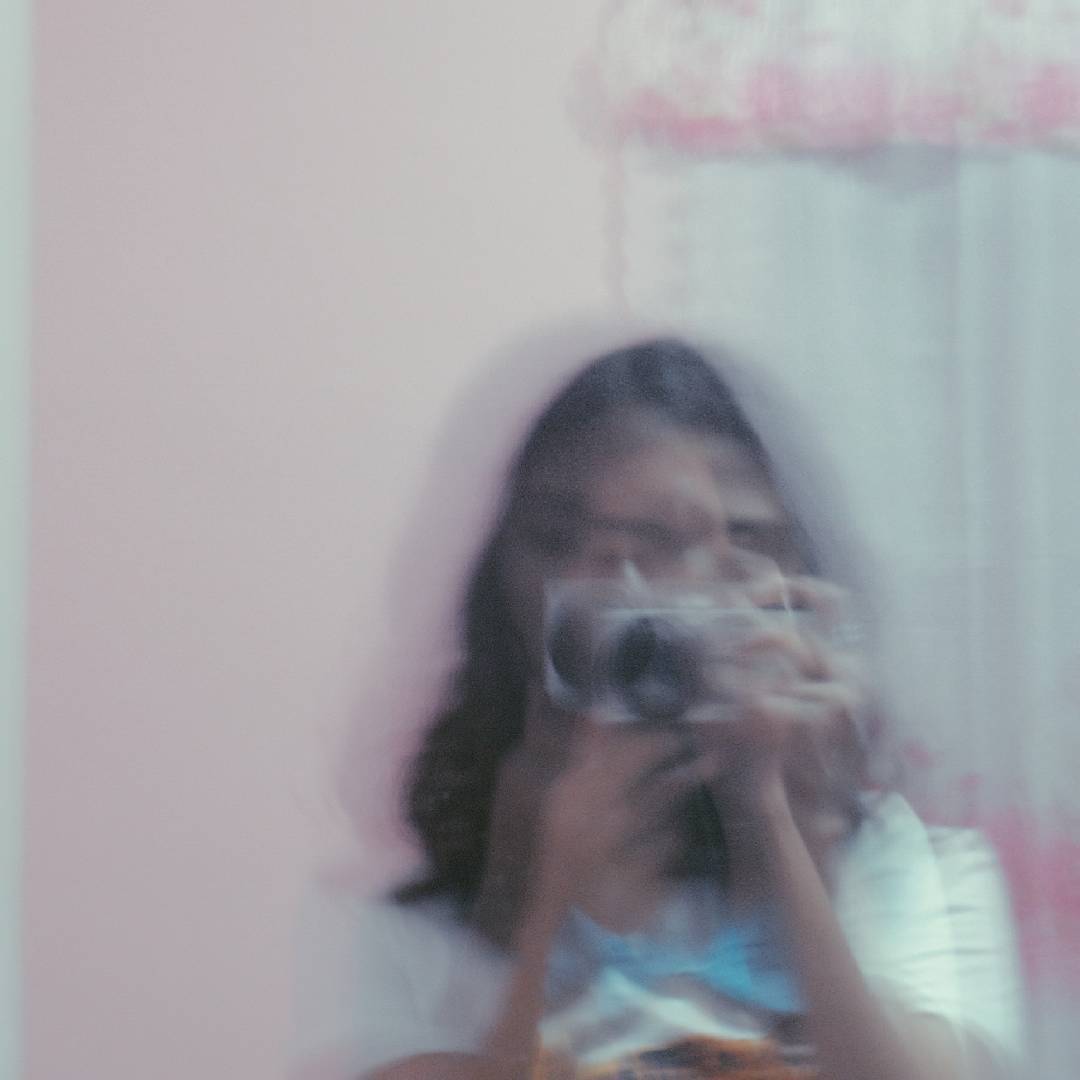