‘여행’ translates to ‘travel’ and this is a series of posts about my trips for every year in the life.

It’s been so long since my Bantayan trip – I’ve only blogged about Day 1 at Simala here. This is pretty much the continuation and it’s come so late but whatever. Hahaha

Before we hit the road on that Saturday, January 30th, we first went to Sto. Niño Church. It was our meeting place with Ate Kams’ cousin, Gili, too since he’ll accompany us to the island. 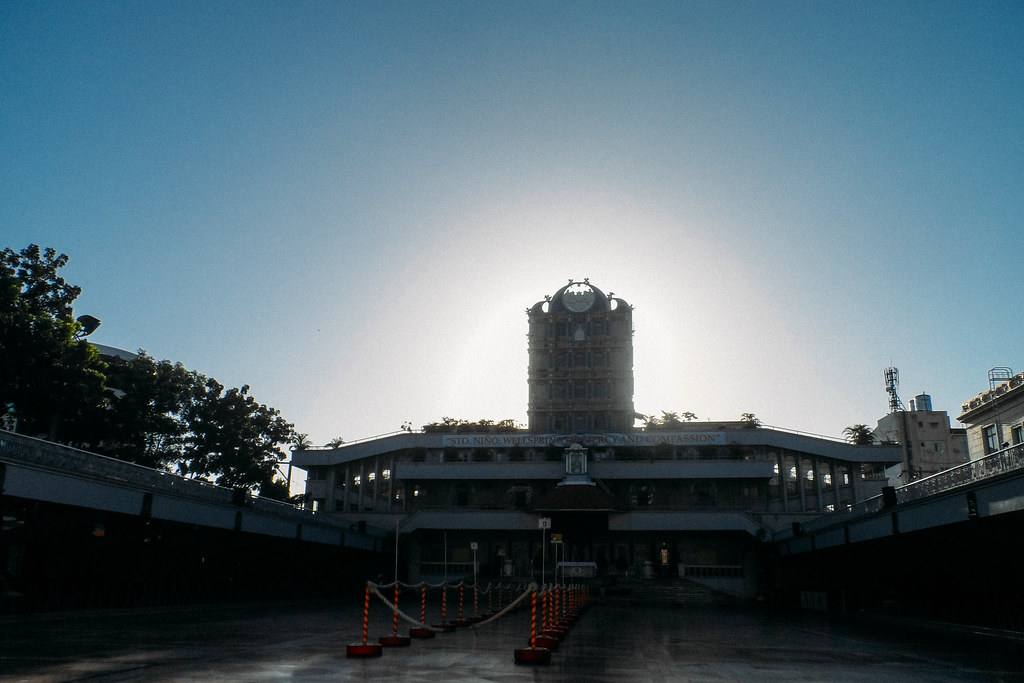 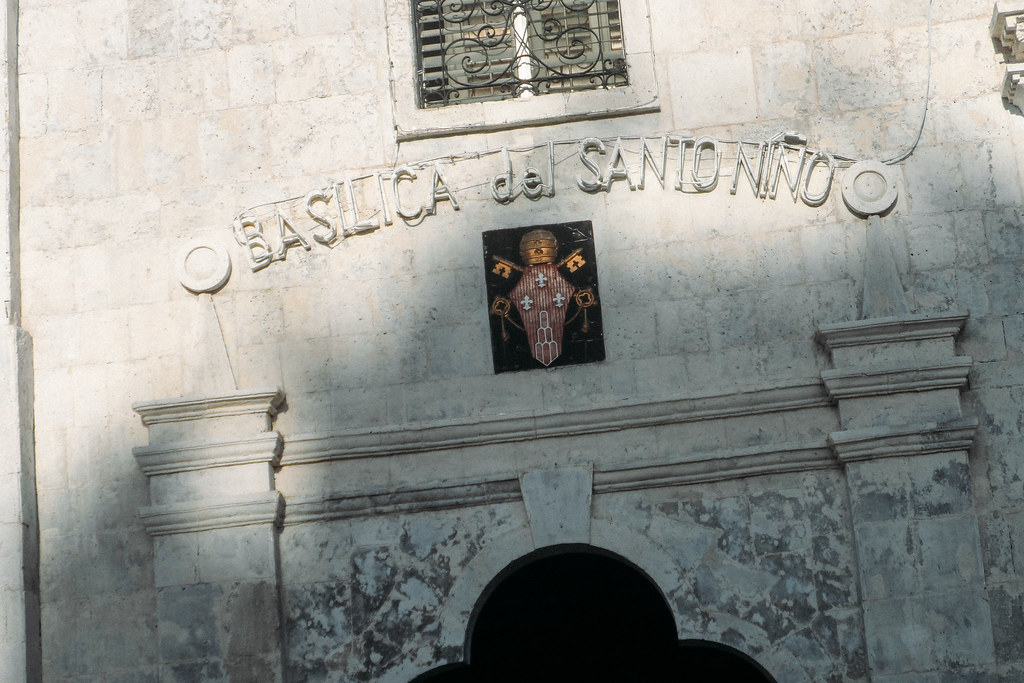 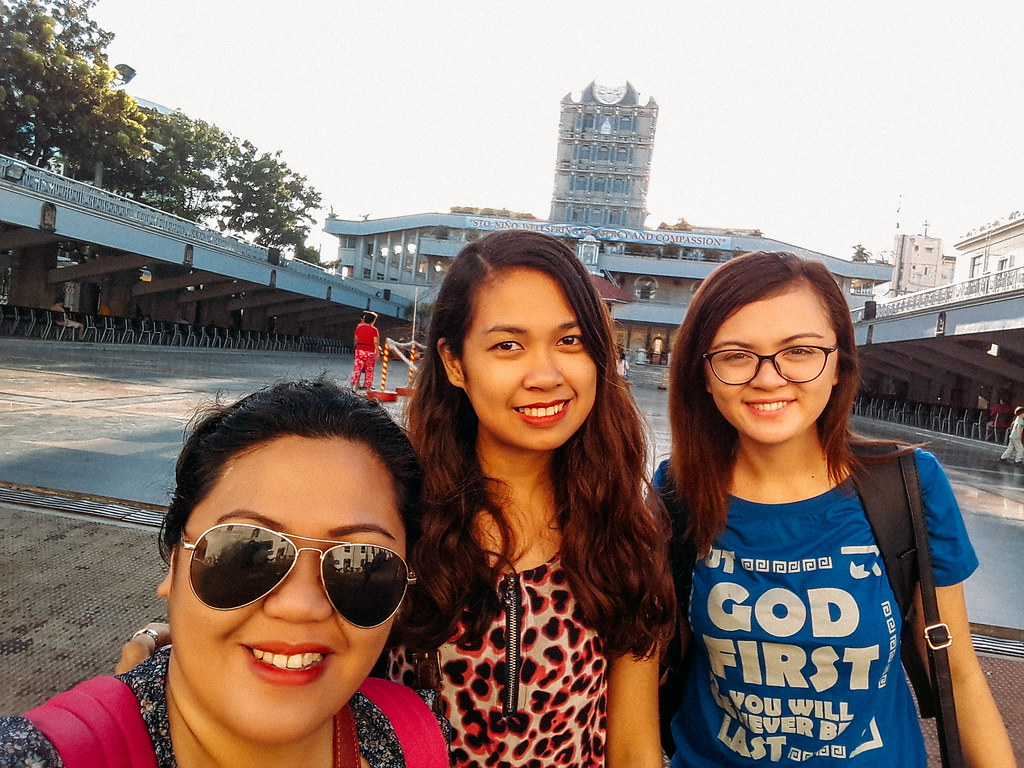 We proceeded to have breakfast at Jollibee then we took a taxi to the North Bus Terminal. Anna Mari directly went there after work. I miss her a lot (even now)! That’s why I always look forward to Cebu because she’s there. Ayeeeh~

Instead of the bus, we opted for a van because personally, I feel it’s more convenient? We weren’t the only ones riding it but we occupied most of it. Lels I think we only even stopped for lunch then the ride went all the way. Fare was more or less 200 pesos. 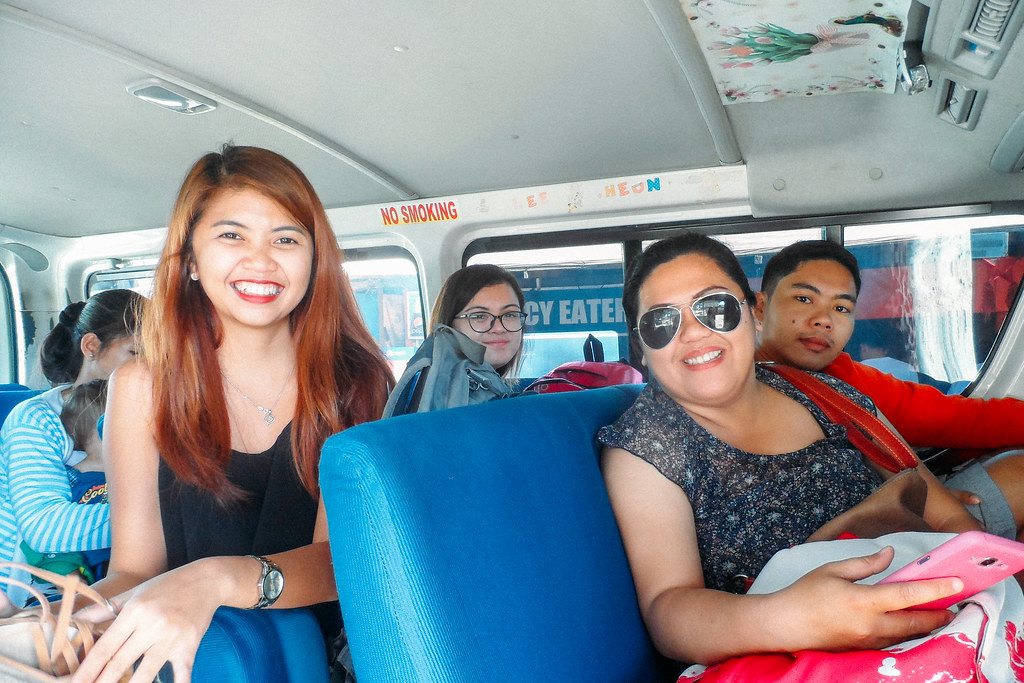 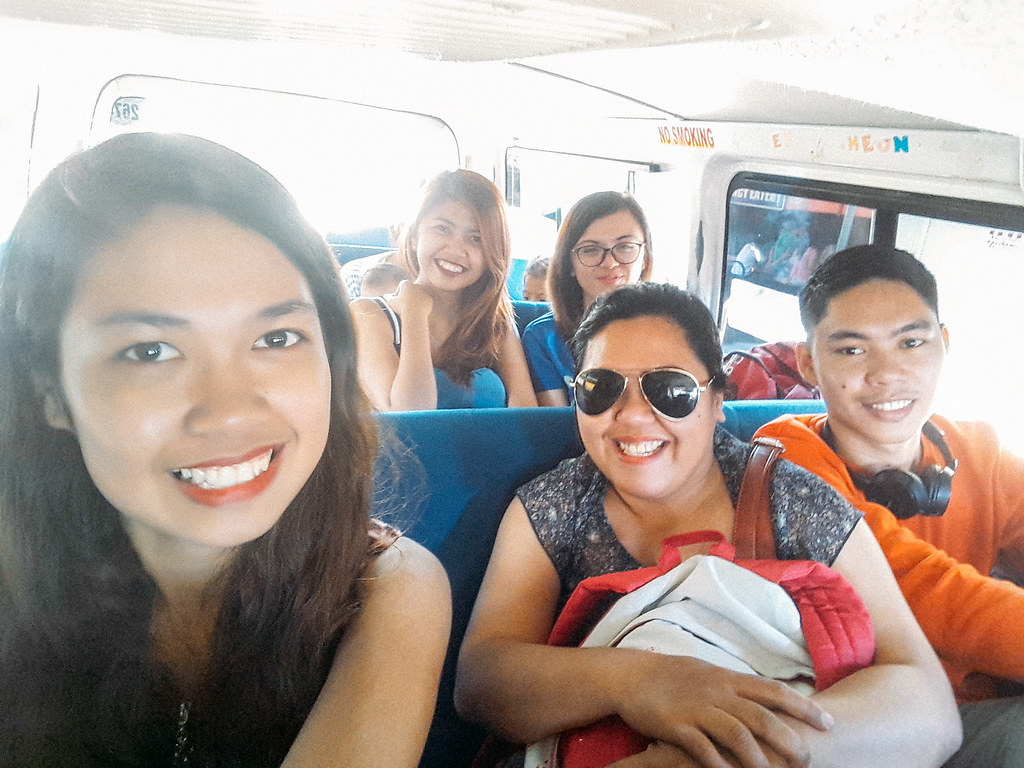 It took us 2 to 3 hours, I think, to get to Hagnaya port. Too bad though, a ferry just left when we arrived! Tsk anyways, we got our tickets: 180 pesos (if I remember correctly) plus terminal fee: 10 pesos. 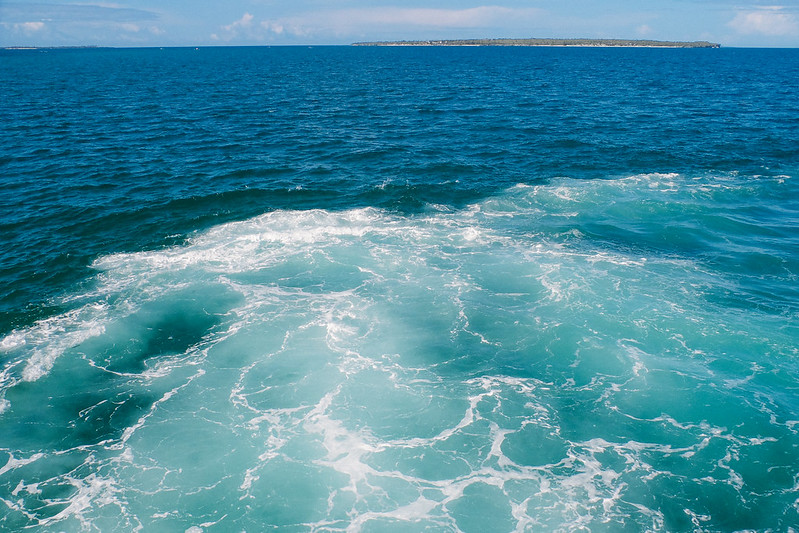 Another hour later, via Santa Fe port, we made it to Bantayan Island! 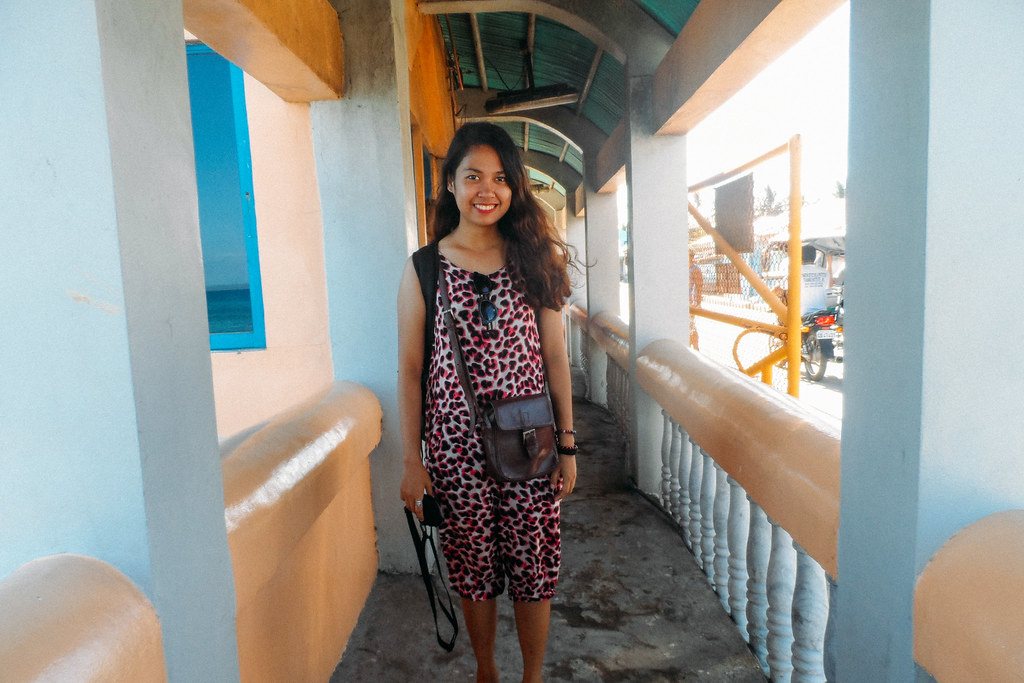 Gili was really the one who managed the accommodation and he booked us at Budyong Beach Resort. 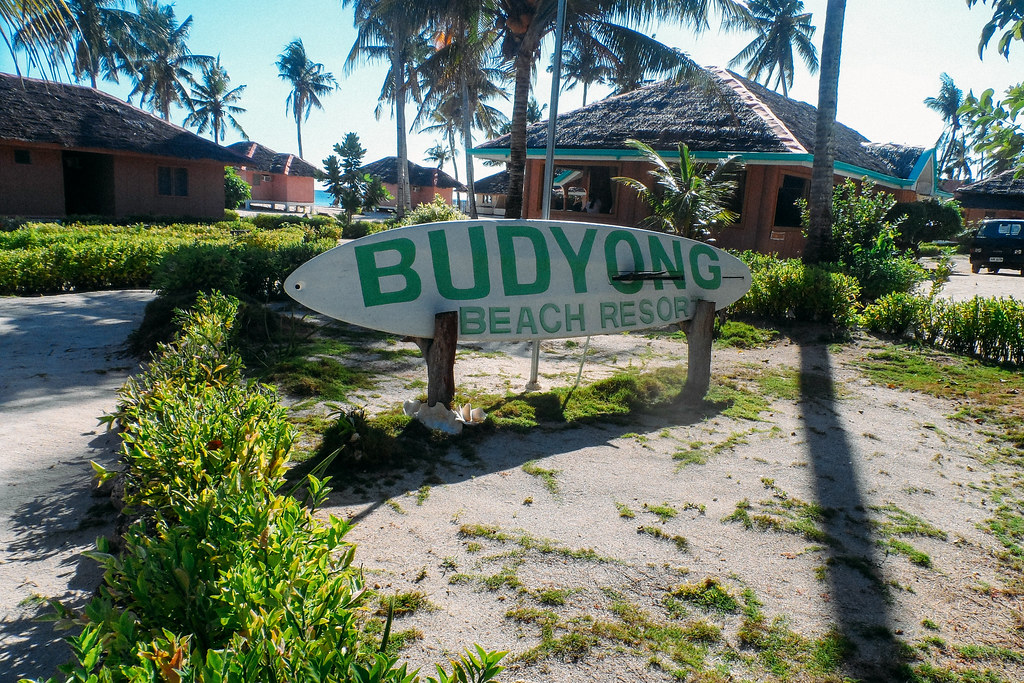 Their staff fetched us at the port with a motorela so we didn’t have to get lost. Haha 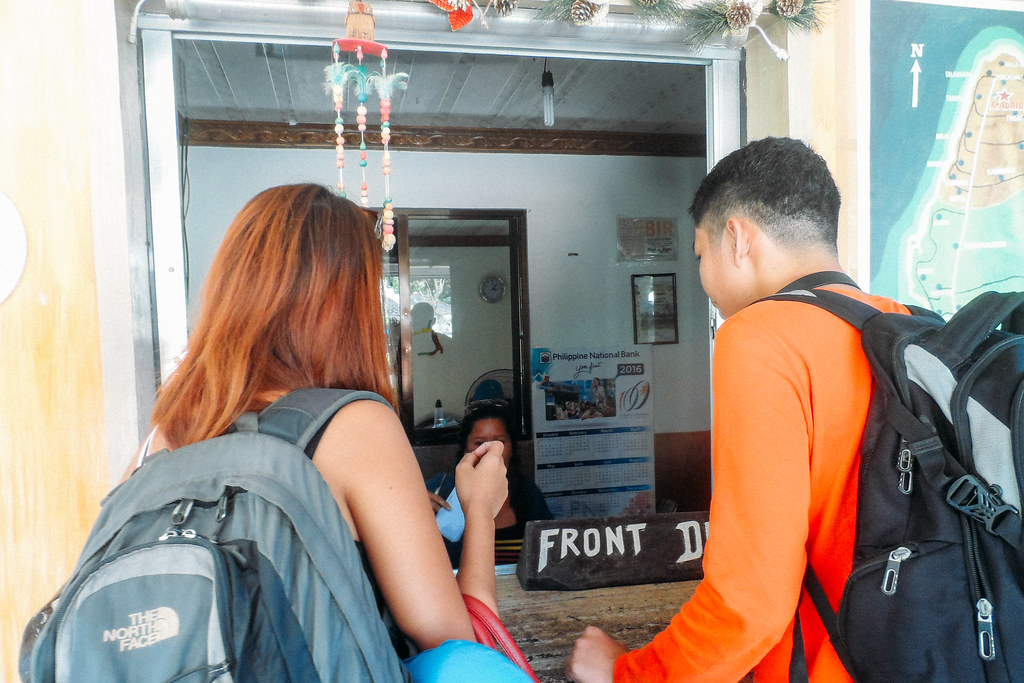 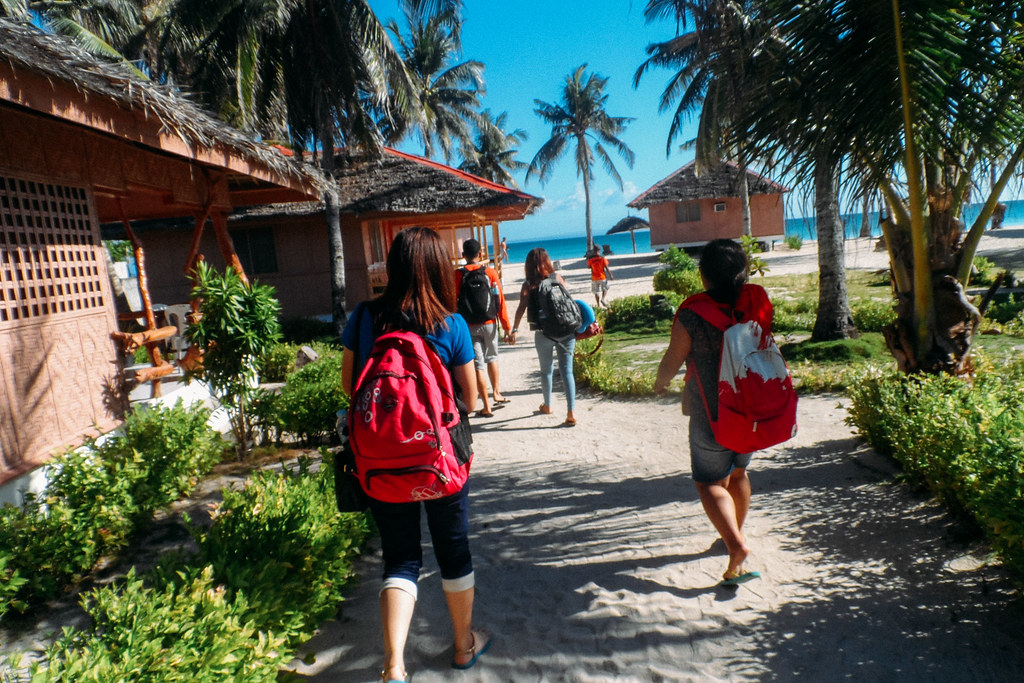 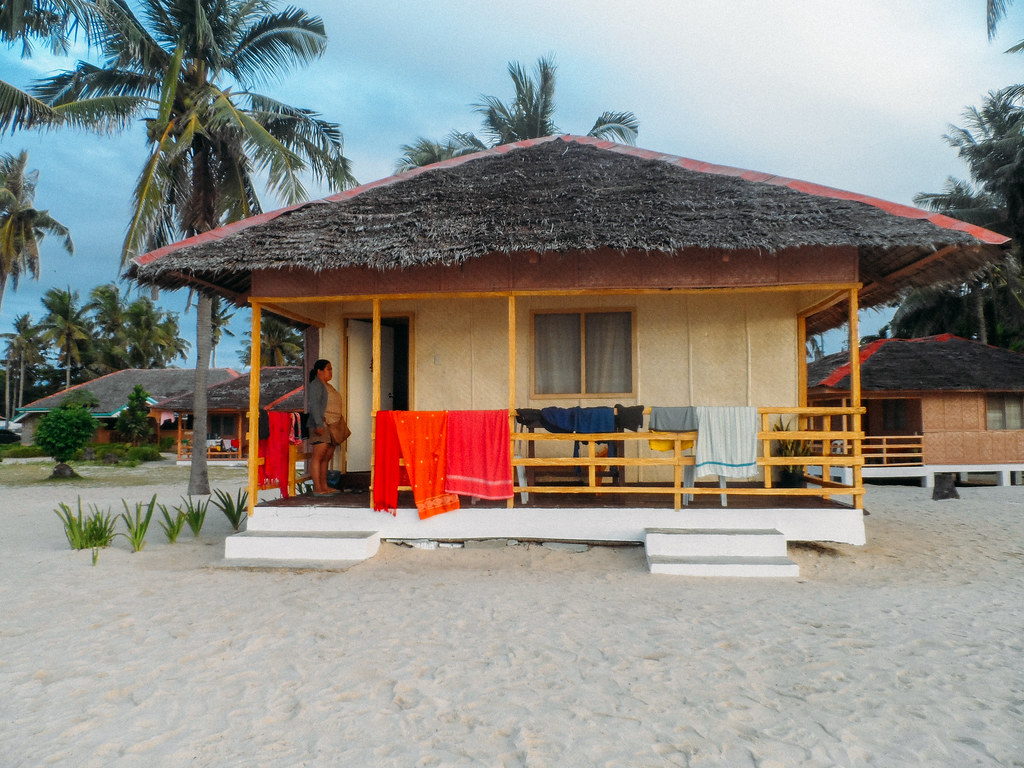 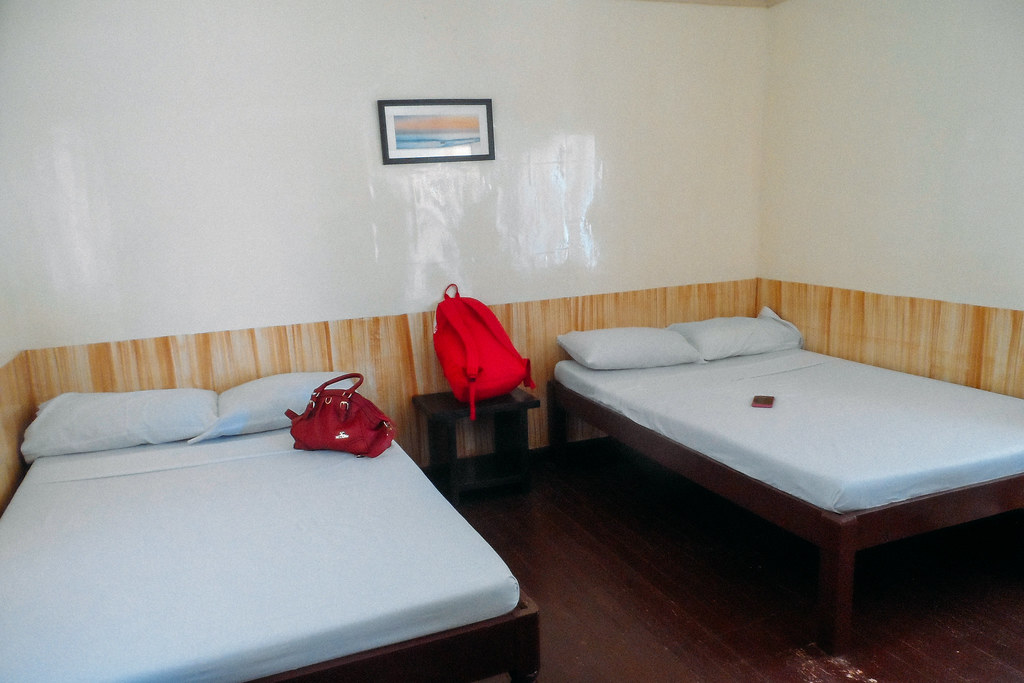 Our cottage was 1000 pesos per night (200 per pax) and it was already with airconditioning. Not to mention this great, great, great factor: BEACH FRONT, YALL! ❤ 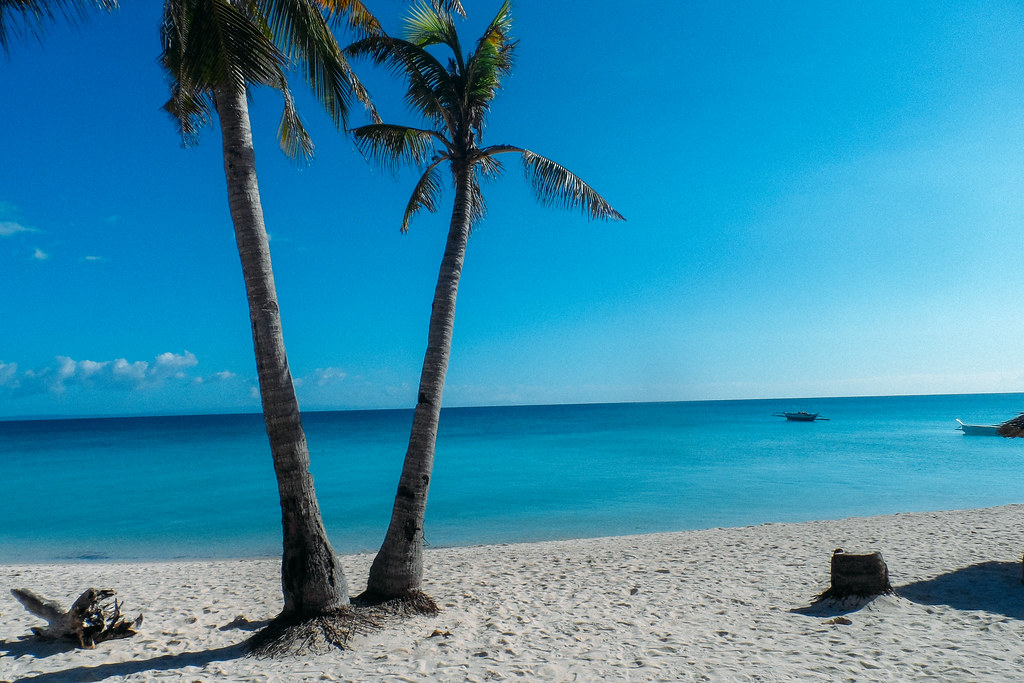 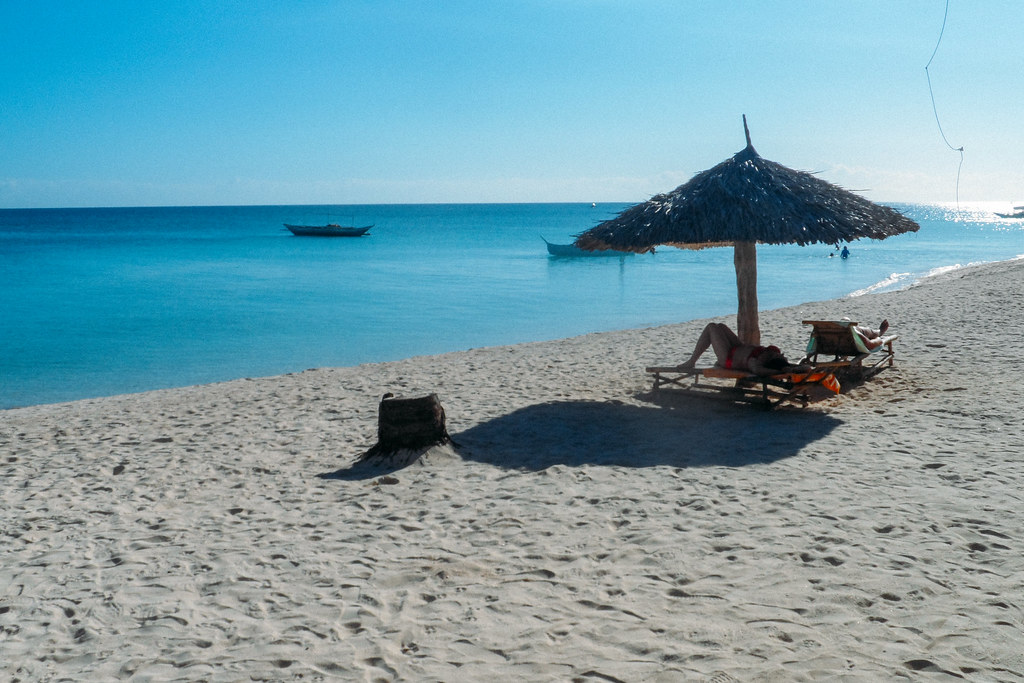 It was just paradise. No wonder there were a lot of foreigners as well. Sunbathing. Hihi 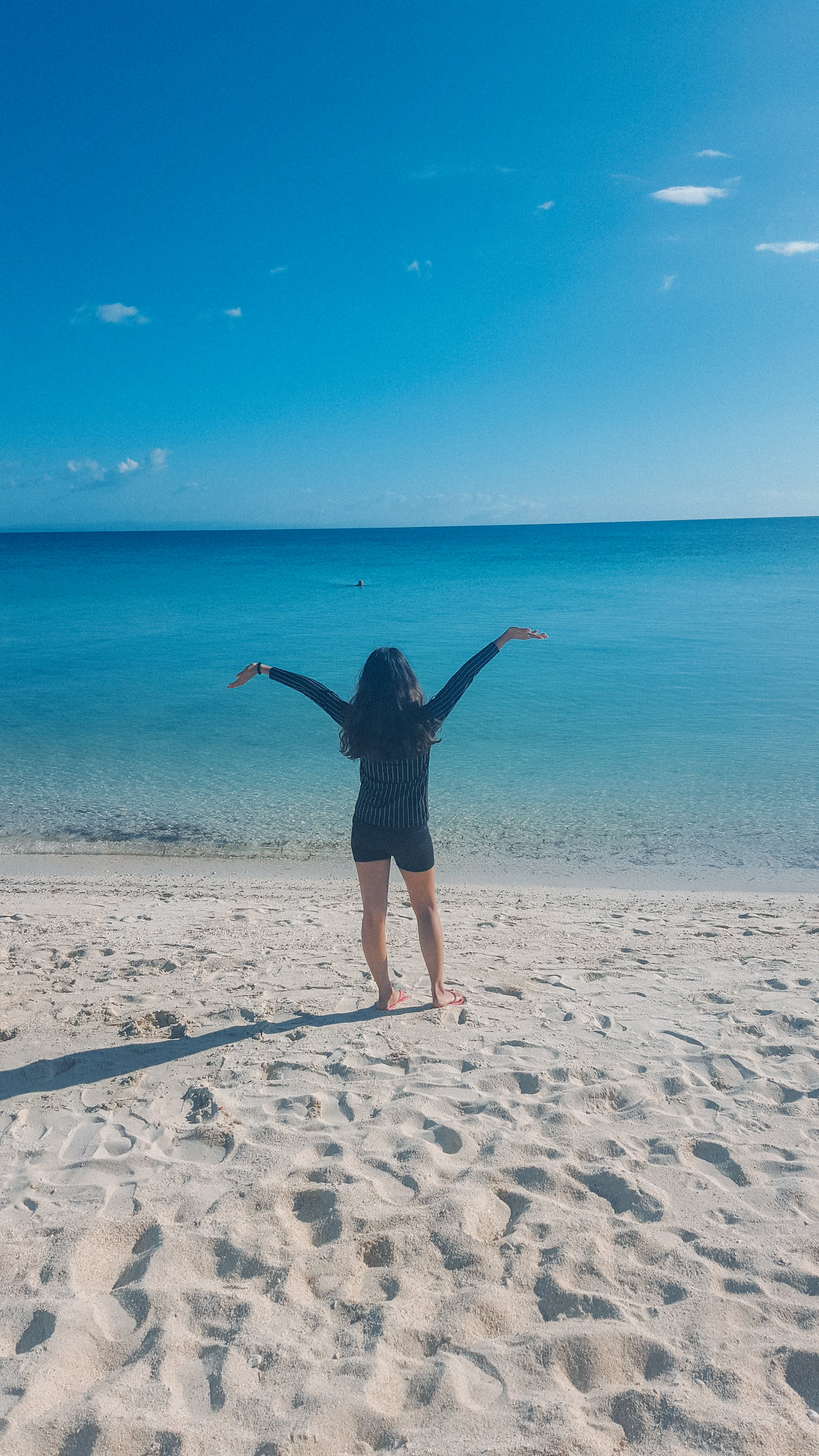 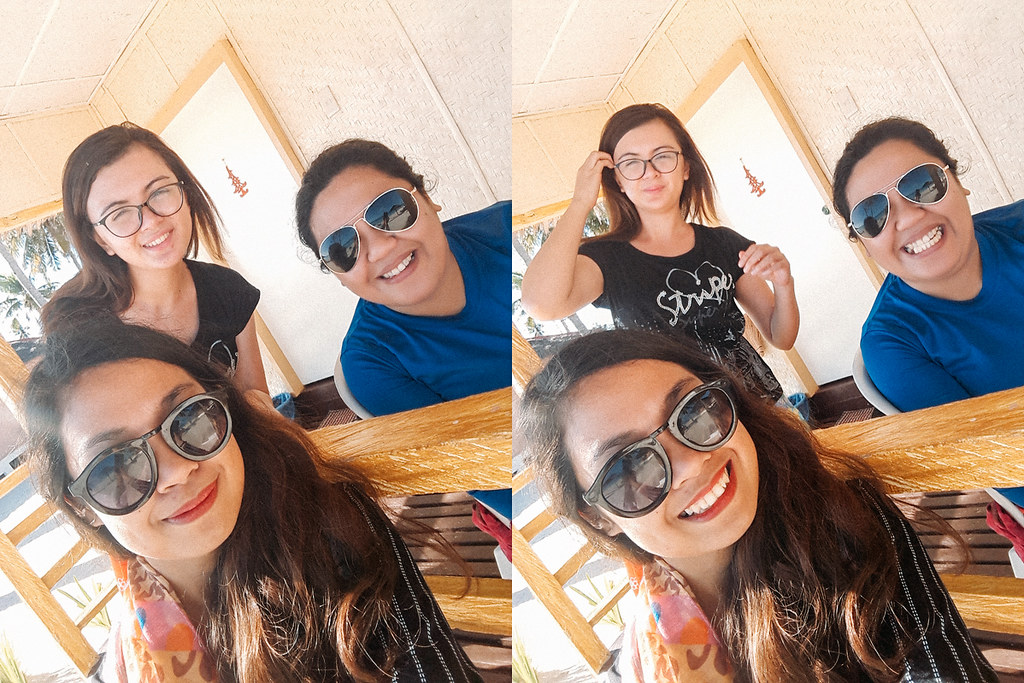 After settling down and changing to beach clothes (and taking pictures!), we went island hopping. No time to be idling, right? Resort personnel handled everything for us, which is so cool. I think we spent 200 to 300 pesos each for the activity. 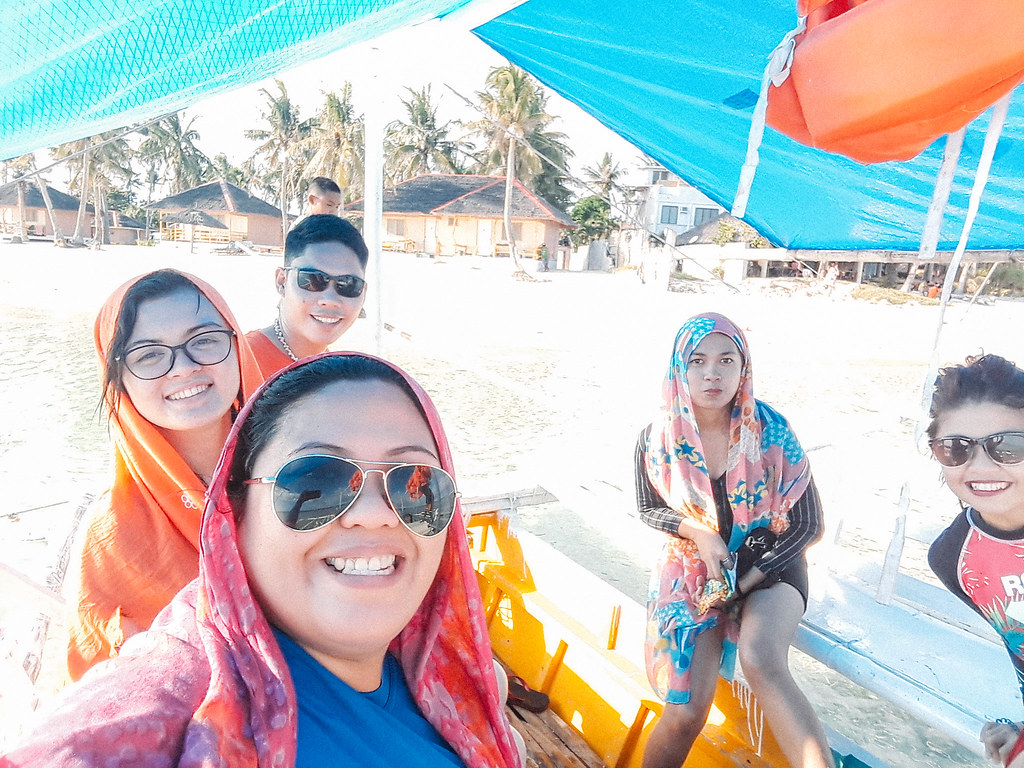 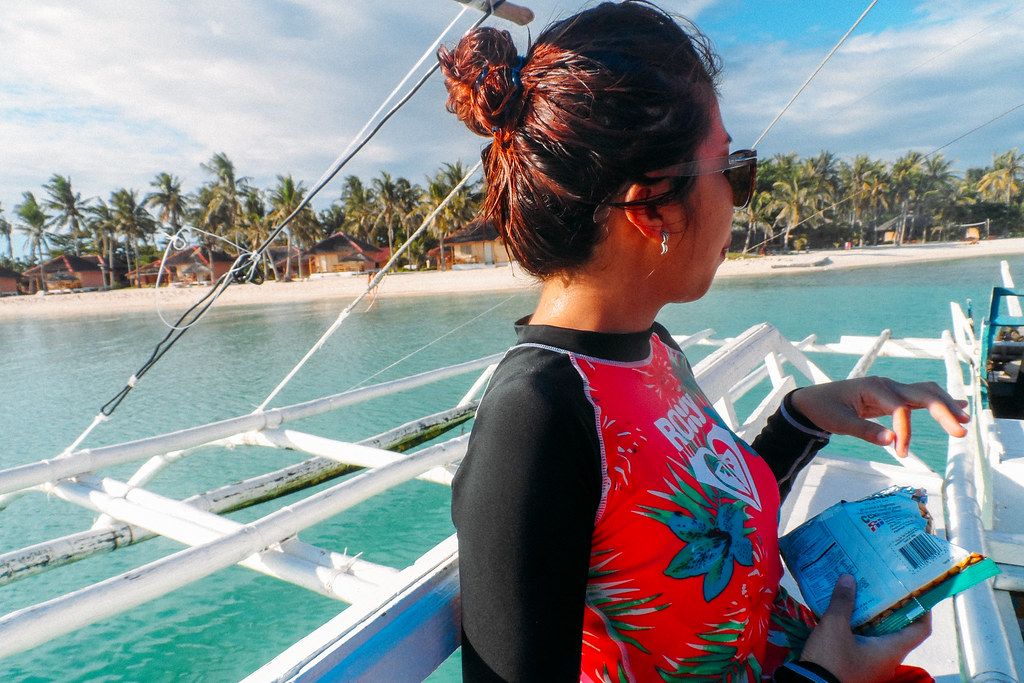 I’m always gonna say this but srsly, I’m super in love with beaches, just that I don’t even know how to swim and save my life. Huhuhu why didn’t you teach me, Mama and Papa?! 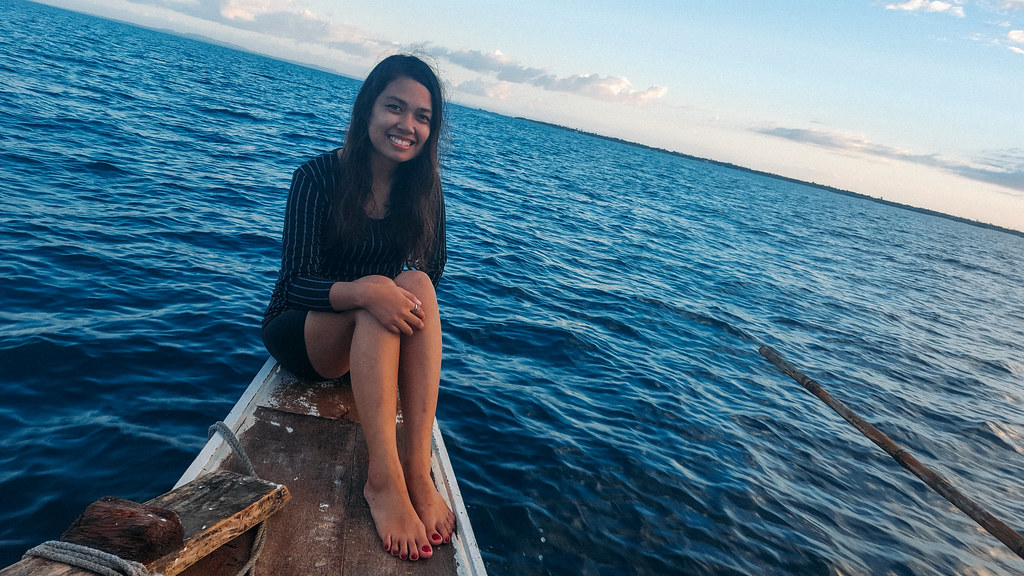 If I should point out, the boat is moving here. For the record, I wouldn’t even dare to do that if not for Anna Mari. She is such a fearless woman, it’s contagious. 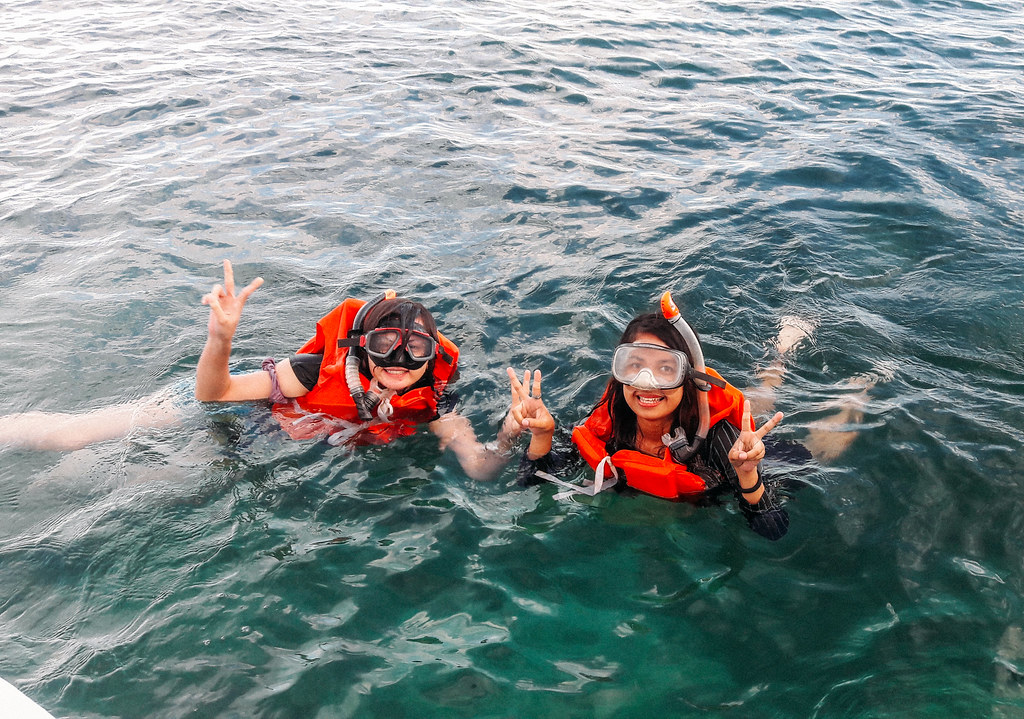 We stopped to snorkel for a bit. Even with a life jacket, I’m honestly scared out of my wits but when I just trust, that’s when I start to enjoy. There’s really that amazing rush when I’m relaxing in the ocean and soaking up the sun! Then again, not for long, I worry again. Lels

There was the Virgin Island but we didn’t go there since we had to pay for our entrance. Haha. In exchange, Manong slowed down a bit so we can take photos even from far away. But wait… 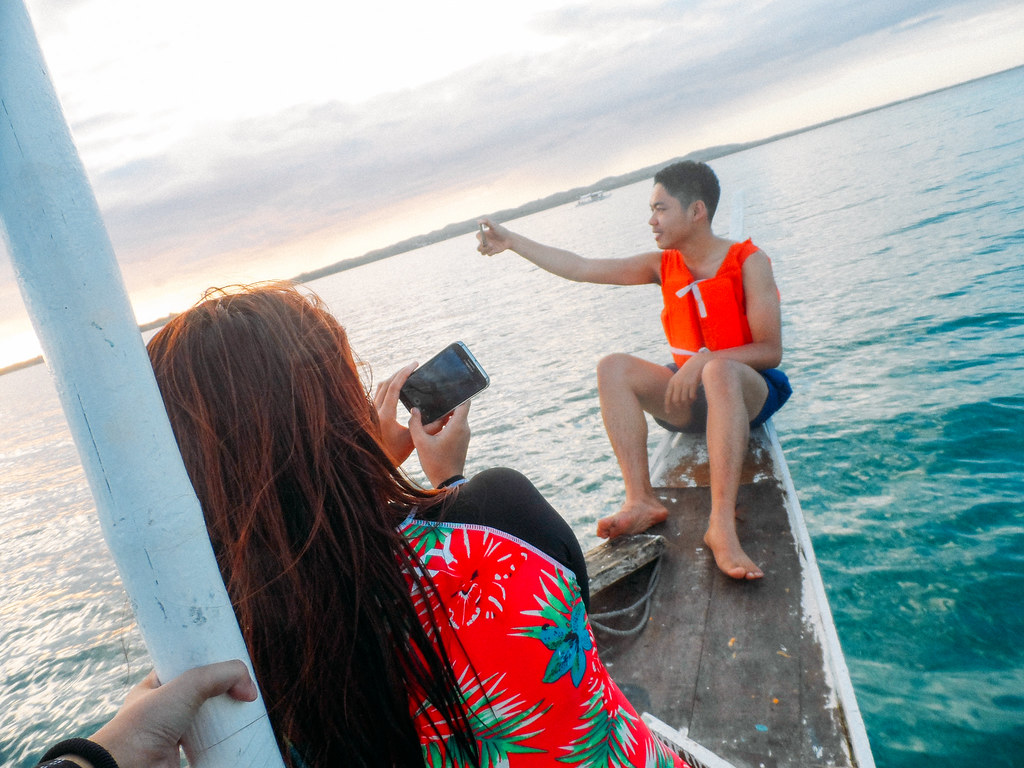 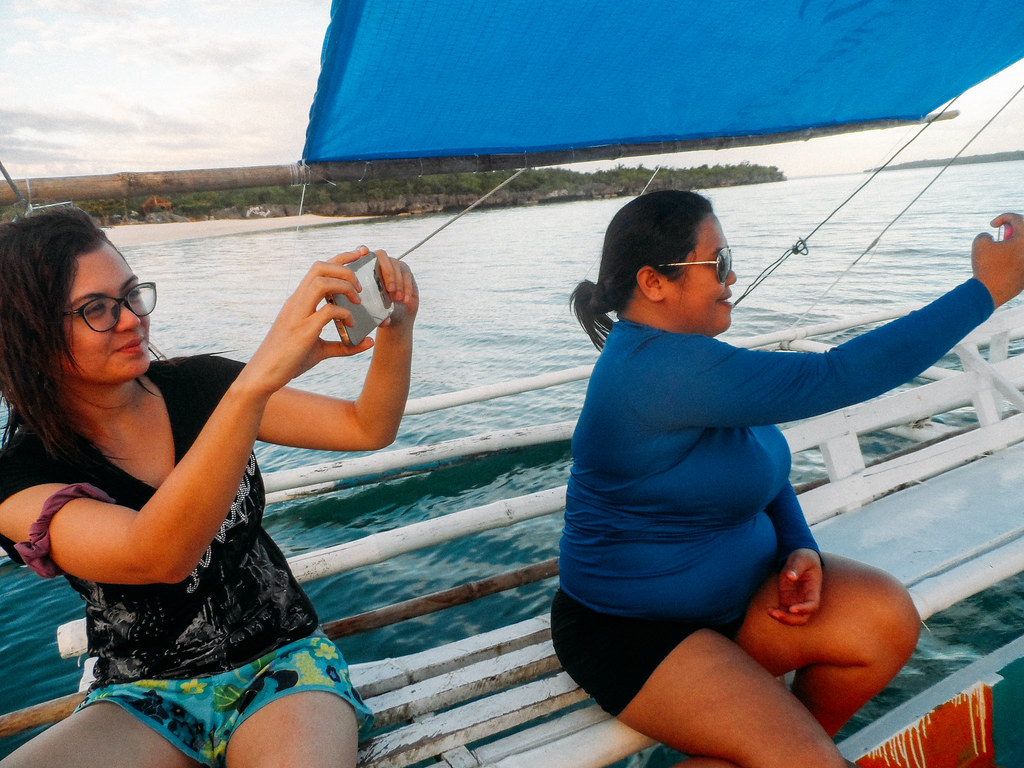 It was just the first day and I – we were loving it! We capped it off with some chitchat and stargazing ╰☆╮ I can’t tell you enough how beautiful the night sky was. It was just so full of stars~ And believe it or not, we freakin’ saw a shooting star together! Like, we screamed and caused havoc in the peaceful seaside. Hahaha I will forever treasure that moment (●♡∀♡)

Day 2 of this Bantayan Island adventure coming right up!